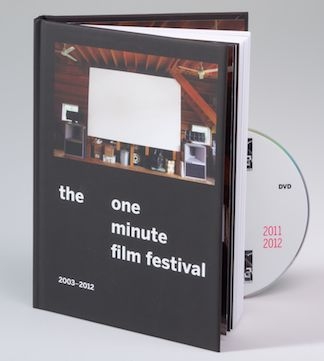 The One Minute Film Festival took place annually in a barn outside of a small town in upstate New York, on the first Saturday after the 4th of July, from 2003–2012. The festival was organized and hosted by artists Jason Simon and Moyra Davey. This catalogue samples that decade through the participation of hundreds of film makers: ten years spanning the extremes of George Bush and Barack Obama, of You Tube and the near ubiquity of video within cultural institutions. A fascinating look at the way film making has evolved over the past ten years. Includes DVD.