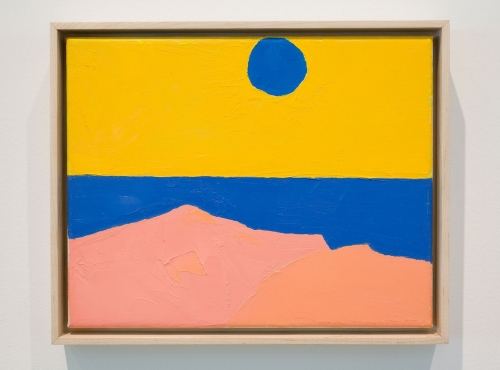 I See Infinite Distance Between Any Point and Another (2012, 33'32")
Etel Adnan's highly influential writings, in French, English, and Arabic have been read around the world. Her recent epic poem, Sea and Fog, published by Nightboat Books, in 2012, evokes the sea and the fog as metaphors for power and time, exploring the nature of the individual spirit and the sentience of the natural world.

The Otolith Group's film, shot largely in Adnan's Paris apartment, centers on a reading of the first chapter of her poem, Sea. The sound of Adnan's gentle voice, and the quiet but ever present ambient noise in her apartment, create a powerful, meditative atmosphere that draw upon the powers of philosophy to pursue the continuous mutation of matter into velocity. If poetry can be understood as a study in constraint, the film, I See Infinite Distance Between Any Point and Another, can be understood as an experiment in concentration and a study of gestures, that speaks of the mobility of language and the movement of the ocean.

View more information from Laika Bar here
Back To Top