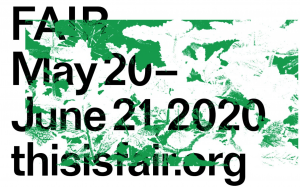 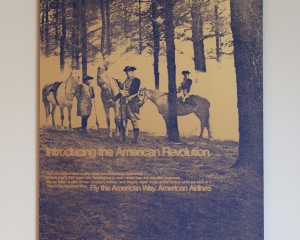 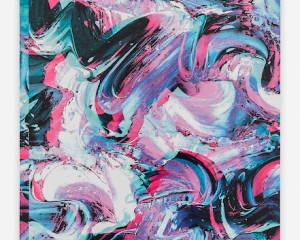 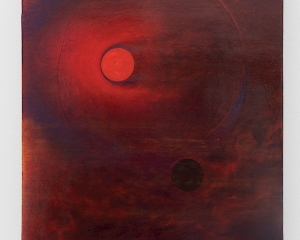 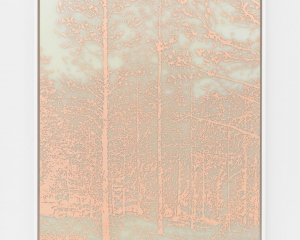 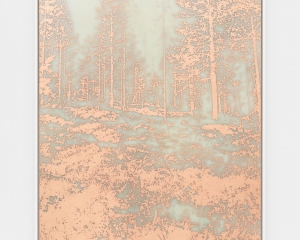 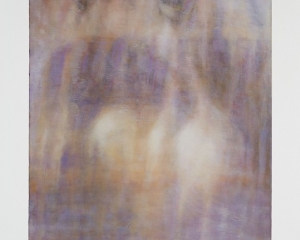 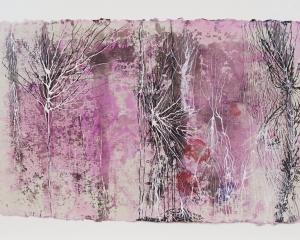 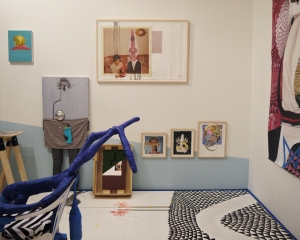 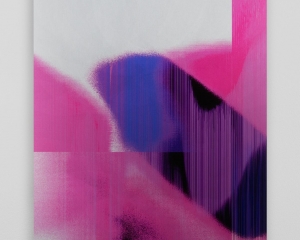 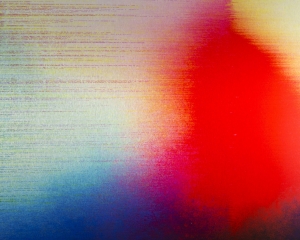 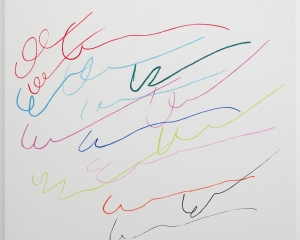 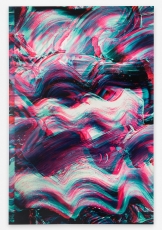 James Hoff's artwork, Our Crime was Our Curiosity (2018), is included in FAIR, a digital art fair coordinated by the New Art Dealers Alliance (NADA). The work is availalbe for purchase through June 21, 2020. 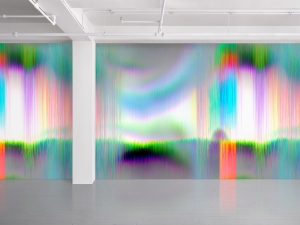 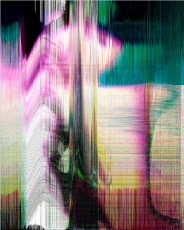 James Hoff is included in a group exhibition at LG London, February 28–April 18

Click here to see the exhibition at LG London 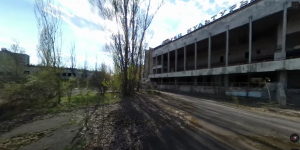 James Hoff returns to PAN with a new audio/visual project titled HOBO UFO (v. Chernobyl), which utilizes a modified version of Google’s Street View to explore Chernobyl and its surrounding environs. The artist (with the aid of coder Reuben Son) has hot-wired Street View so that it is audio reactive, creating a first-person viewing experience completely dictated by music Hoff has created. 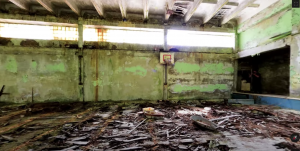 James Hoff will debut a new audio-video film with soundtrack at the Salon de Normandy by The Community, Normandy Hotel, Paris, October 19, 8:30pm 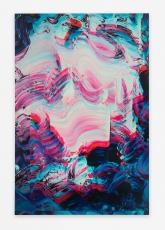 James Hoff will give a lecture at the Rennie Room at the Vancouver Art Book Fair. Hoff will discuss Primary Information and its publishing activities within the larger cultural framework of book production and publishing. He’ll discuss why he thinks artists’ books are still relevant in relation to, and despite our reliance on, digital platforms and networks. His talk will centre on the publication of facsimile editions of out-of-print magazines and books for which Primary Information has become known, and the social and cultural networks from which they came. 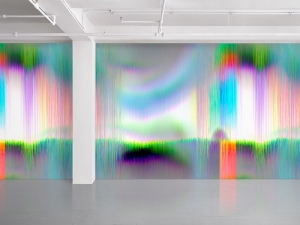 James Hoff's Skywiper 122 is a hallucinatory suffusion of color was created by infecting a digital photograph of a painting with Skywiper, a computer virus created as part of a joint cyber espionage effort by Israel and the United States. Through randomized striation, Hoff references the inherent disorder of technological communication and the ways in which destruction is often self-inflicted unknowingly by participants within digital networks. The installation is sized, priced and produced on a project-specific basis.

Click here to read about the work at Maharam 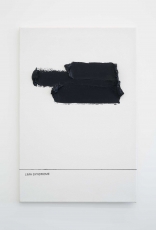 James Hoff will give an artist talk at the CAC Reading Room, Vilnius, Lithuania, October 2, 6pm

James Hoff will discuss the mission and history of Primary Information with a particular focus on the organization’s publication of facsimile editions of artists’ books and magazines from the 1960s and 1970s. He will discuss the genesis of the organization and its work within the context of the artist book movement now. He will also touch on the challenges the organization faces on a functional and conceptual level in carrying out this work as well as some of the broader issues he sees facing artist book production and its critical capacity at the moment.

Click here to read about the event at CAC 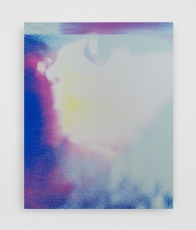 James Hoff will participate in the "Something Else Press Conference" at the Emily Harvey Foundation, NYC, September 29, 3–6pm

James Hoff will participate in a panel as part of the Something Else Press Conference with Kaye Cain-Nielsen, James Hoff, Jonas (J) Magnusson and Cecilia Grönberg, David Reinfurt, Matvei Yankelevich. It will be moderated by David Platzker, and is organized by Christian Xatrec and Alice Centamore. This event is free but registration is required. Seating is available on a first-come, first-served basis. Please RSVP to ehf.newyork@gmail.com. 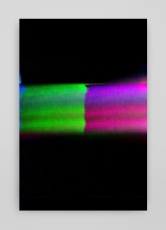 James Hoff is included in Social Photography VII, an exhibition of cell phone photographs by over fifty artists. All prints are made in an edition of 10.

Click here to see the exhibition at Carriage Trade 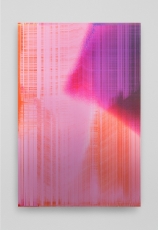 James Hoff will be in conversation with Constance DeJong to discuss Tony Conrad: Writings, released by Primary Information.

Click here to listen to the talk on Montez Press Radio 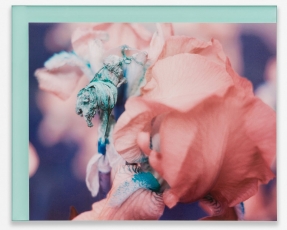 The White Columns 2019 Benefit Auction will be held on Wednesday, May 29 at the gallery (91 Horatio Street). The event begins with cocktails and hors d’oeuvres at 6:30 p.m. This will then be followed by the live auction of selected lots, which will begin promptly at 8pm. The silent auction featuring works by more than 80 artists will close in stages shortly after the live auction.

Click here to get more information from White Columns 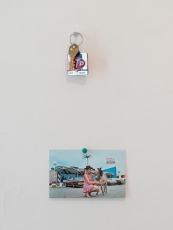 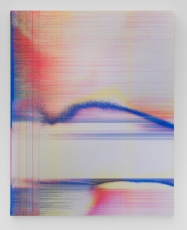 James Hoff will host an artist talk and a performance at the Graham Foundation, Chicago, IL, April 26

James Hoff will participate in the LAMPO Performance Series, starting at 6pm. 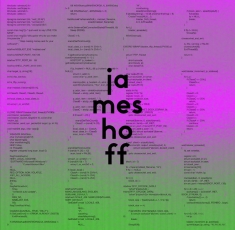 James Hoff is featured in a group exhibition at KARMA Bookstore, New York, NY, April 7–May 12

James Hoff is included in Another Music In a Different Kitchen: Studio Recordings & Records by Artists. Primarily drawn from the collection of writer and curator Bob Nickas, the show has been organized with store manager Matt Shuster. A risograph publication, including a conversation between them, accompanies the exhibition. 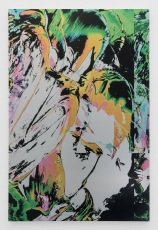 James Hoff will be performing with C. Spencer Yeh and Charmaine Lee.

Click here for more information from St. Vitus Bar
From Viruses to Algorithms, We Are Always Under Threat
Joseph Nechvatal 04/19/2020

A feature about viruses that includes James Hoff's work in Hyperallergic, online.

Read the article on Hyperallergic here 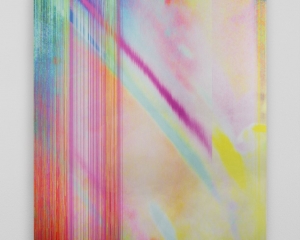 An conversation between James Hoff and Marian Kaiser in NERO, online.

Read the interview in NERO
New Forms for New Crises: The Need for a New Ecological Representation
Thea Ballard 04/26/2018

A feature essay that mentions In the Swim in MOMUS, online.

A review of CONDO at Callicoon Fine Arts in The New York Times, online and print (C16).

Read the article in The New York Times here
Is a Gallery-Sharing Model the Answer to Art Fair Fatigue?
Saul Anton 07/10/2017

Coverage of the inaugural CONDO in Garage Magazine, online.

Read the article in Garage Magazine here
Is ‘Condo’ the Wave of the Future for Smaller Galleries Feeling the Art-Fair Pinch?
Eileen Kinsella 06/30/2017

Coverage of the inaugural CONDO in Artnet News, online.

A preview of the inaugural CONDO programming in Hyperallergic, online.

A review of James Hoff at the Armory Show in ARTnews, online.

A review of James Hoff: Utopia Landscape or Vacation in the Age of Sad Passion in Artforum, online.

A review of James Hoff: Utopia Landfill or Vacation in the Age of Sad Passion in Art in America, online.

A review of CONDO in Artsy, online.

Read the article in Artsy here
Condo: A Collaborative Alternative By 24 Galleries To Art Fair Participation
Editors of artlyst 01/13/2016

A preview of CONDO in artlyst, online.

A spotlight on James Hoff's work in Frieze London 2015 in Paddle8, online.

A review of James Hoff: Skywiper in ArtReview, online and print (January/February 2015).

A review of James Hoff: Skywiper in The Brooklyn Rail, online and print.

A review of Hoff's performance at The Kitchen and mention of James Hoff: Skywiper in Classicalite, online.

A preview of James Hoff: Skywiper in AMUSEMENT, online. (Contact the gallery for PDF)

An interview with James Hoff in Bizaar Bazaar, online.

A preview of James Hoff: Skywiper in WIRED, online.

An interview with James Hoff in DROP Magazine, online. (Contact gallery for PDF)

A profile of James Hoff in frieze, online and print (Nov/Dec 2014).

A preview of James Hoff: Skywiper in ARTnews, online.

A review of James Hoff: Milking the Flat Cow in The Last Magazine, online.

A review of James Hoff: Milking the Flat Cow in Purple Diary, online.

A video from James Hoff: Milking the Fat Cow, online.

View the video of "Autocorrect" here
Back To Top